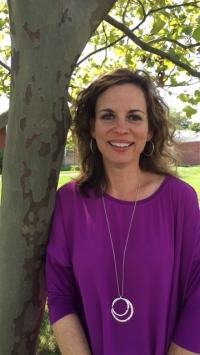 For the past three months, one North Ridgeville teacher has brought world renowned classical musicians to capacity crowds on Waterloo Road.

The inaugural performance on August 12 united textile arts and the music of Amanda Powell inside Praxis Fiber Workshop (15301 Waterloo Road) - the host venue for the 2016 season. The second performance on September 2 brought the Oblivion Project - along with an energetic cadre of tango dancers - to the neighborhood.

The final performance of the season on October 28 at 8:00 pm will introduce residents to the Carpe Diem String Quartet, a unique chamber ensemble that draws from Gypsy, tango, folk, pop, rock and jazz styles.

On its surface, Praxis might seem like a sterile venue for music: hardwood floors, high ceilings for sound to get trapped, sharp angles along walls and supporting columns. But performing amidst a backdrop of breathtaking works in the gallery, tools and equipment used by an active base of artists, and a lively crowd, the performances are anything but sterile.

Instead, an enveloping sense of artistic collaboration exudes from Underground Classical performances. It's hard for just about anyone to pass up. And that's exactly what Shaw set out to achieve with the series.

But how did Shaw, a flutist from Scranton, Pennsylvania end up teaching in North Ridgeville and then go on to start a chamber music series in North Collinwood?

After studying performance and music history in Philadelphia, Shaw performed as a flutist with regional orchestras spanning from South Carolina to Arizona. In the southwest she eventually began teaching at Northern Arizona University, which incubated a strong passion for teaching. A fascination and proficiency with the Orff Schulwerk approach to music education ultimately changed Shaw's career trajectory and brought her to a full-time position at Lake Ridge Academy fourteen years ago.

As a teacher, summers represent a brief respite - a physical and mental reset from the often 60+ hour work week the rest of the year. But like many other teachers, to Shaw the summers also presented time for additional projects.

Two or three years ago was when the idea for Underground Classical started to take shape for Shaw. Last year it hit her full force.

After making contacts in North Collinwood and the Waterloo Arts & Entertainment District, Shaw was introduced to Jessica Pinsky, executive director at Praxis. The collaboration immediately made sense to them both.

Dates were set, performances held, attendance high, and now Shaw is already eyeing up dates for the 2017 season.

The heart of Underground Classical is engaging the community with classical music. "I want to create a unique arts experience that allows people to walk away with a sense that they have been transcended through the arts, even for just a moment," explains Shaw. But there's also a bit of subversion.

There's sometimes an assumption placed unfairly on classical music: that it's stuffy or too rigid for the everyday listener.

Underground Classical exists as a living, breathing refutation of that notion. Think of it as a way to get new listeners of classical music in through the side door. Performances are made more accessible through the use of non-traditional elements and hints of pop influences. And it just might be working.

The best part? All performances are free.

If you haven't experienced Underground Classical yet - or even if you have - be sure to join the next performance on October 28. More information can be found on their website and Facebook page, or reach out to Jennifer Shaw at undergroundclassical@gmail.com.