Our Beaches Deserve Lifeguards, Too 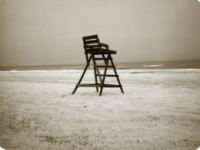 As a resident of North Collinwood I am very thankful for the continued stewardship and vision of Cleveland Metroparks and its management of Euclid Beach, Villa Angela Beach, and Wildwood. The parks are clean, safe, and attractive recreational public spaces for the community, drawing many more residents to the Lake over the past two summers than when the parks were managed by the cash strapped State of Ohio.

Yet, over the past two summers, one fundamental safety concern has been sorely overlooked, lifeguards!   Since the Cleveland Metroparks began managing Euclid Beach and Villa Angela Beach, a total of three drownings occurred, one in 2013 and two in 2014. In each of these tragic instances, the drownings occurred when an older adult entered the water to rescue a child.  These drownings happened on a weekend afternoon in the summer when families were picnicking and other children were swimming in the Lake.

In statements released to local news media following each drowning, Cleveland Metroparks' officials stated that they would look into the incidents and explore how to improve water safety at Euclid Beach and Villa Angela Beach.  Last year, signage was installed warning swimmers of the dangers of rip currents around the rock breakers.  This was a good first step towards educating the public about swimming safety and employing lifeguards should have been the logical next step.

However, earlier this month Cleveland Metroparks released their seasonal hiring announcement for lifeguards and while Huntington Beach and Edgewater Beach were listed as usual, Euclid Beach and Villa Angela Beach were once again excluded!

When I expressed my concerns to an equally outraged Councilman Polensek, he stated that he had heard from Cleveland Metroparks that the lack of lifeguards over the past two seasons was due to poor water quality and the limited number of days the beaches were able to be used for swimming as a result.

Last summer, based on data collected by Ohio Nowcast and reported by the Ohio Department of Public Health http://goo.gl/jrP1Fo, Euclid Beach had 30 water quality advisory days due to higher concentrations of E-coli bacteria in the water and Edgewater had 19 advisory days (consistently staffed by lifeguards), that’s just an 11 day difference over a 3 month season.

Furthermore, regardless of water quality advisories, people, especially kids, are going in the water when beaches are left unguarded. It happens every hot day in the summer.  If lifeguards were present only to tell people that it is not safe to swim (as they do at Edgewater), it would be well worth the personnel expense.

Euclid Beach and Villa Angela Beach are the only two swimming beaches on Cleveland’s east side.  Why these east side beaches are neglected while Edgewater and Huntington Beaches have lifeguards remains unclear.

In 2015, there must be parity along the Lakefront. Euclid Beach and Villa Angela Beach must be treated as equals to Edgewater and Huntington Beaches and their users.

If you too are outraged by this disparity, contact Councilman Polensek at (216) 664-4236 or via email at mpolensek@clevelandcitycouncil.org.  The Councilman has been one of the loudest proponents for lifeguards and he needs your voice as neighborhood residents.