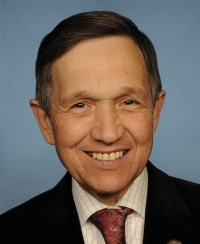 CLEVELAND (Aug. 14) - - Dennis J. Kucinich, Cleveland’s former mayor, who staked his career on a long and successful battle to save Muny Light, (now known as Cleveland Public Power) today said that while a just uncovered 2019 consulting report cited CPP’s utility rates as being on average 12.7% higher than the area’s private power company, CPP has been sitting on massive and growing surpluses since at least 2017.  Kucinich called for an immediate rate cut for CPP customers.

“It is unconscionable that at a time when people are hurting financially, and when CPP’s rates are higher than First Energy’s, for the city to be stockpiling cash.”

“The city for one year sat on a consultant’s report which criticized CPPs high rates, while the surpluses kept building!  The consultant also recommended wholly unnecessary rate increases, which, given the city’s policies, would build even more surpluses and damage CPP’s standing with its customers,”  Kucinich said.

The whole idea of public power is to offer customers lower rates.  The system ought to, at least, break even every year, not sit on large cash surpluses, especially during these hard economic times.  The city must distribute most of this surplus back to CPP customers in the form of a rate reduction of 12.7%, (from a projected 2020 revenue base of $216 million) to make sure CPP’s public power rates are not higher than the private power company.