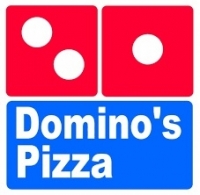 “Domino’s works hard to serve local communities across the country and this area is no different,” said Brian Distin, a Cleveland-area Domino’s franchise owner. “The increased demand for deliveries has amplified the need for additional team members. Stores across the region are continuing to provide pizza to those who are looking for a delicious, hot meal, and at times like this, staffing is critical.”

Domino’s stores throughout the area have implemented several cleanliness and sanitization precautions based on advice from the Centers for Disease Control and Prevention, which include wearing a mask at all times, and increasing the sanitation of all frequently touched surfaces.

“The health and safety of our team members and customers is our No. 1 priority,” said Distin. “We are committed to offering the safest service possible, and that includes providing contactless delivery and carryout, as well as Domino’s Carside Delivery™ to those who prefer it.”

Domino’s stores want to make sure they’re not only providing food to people, but also delivering opportunity to those who are looking for work.

“Our hearts go out to those who have lost their jobs or face reduced hours due to the pandemic,” said Distin. “Domino’s is a great place to work and our stores provide a fantastic opportunity to those who show initiative and a desire to advance. Whether you’re looking for flexible hours, a part-time job a few days a week or a new career, this is the place to be.”

Those who are interested in applying for a position should visit jobs.dominos.com. To read more about what Domino’s is doing regarding COVID-19, please visit biz.dominos.com/web/media/covid-19.

Founded in 1960, Domino’s Pizza is the largest pizza company in the world based on retail sales, with a significant business in both delivery and carryout pizza. It ranks among the world’s top public restaurant brands with a global enterprise of more than 17,100 stores in over 90 markets. Domino’s had global retail sales of over $14.3 billion in 2019, with over $7.0 billion in the U.S. and nearly $7.3 billion internationally. In the second quarter of 2020, Domino’s had global retail sales of over $3.4 billion, with over $1.9 billion in the U.S. and over $1.5 billion internationally. Its system is comprised of independent franchise owners who accounted for 98% of Domino's stores as of the end of the second quarter of 2020. Emphasis on technology innovation helped Domino’s achieve more than half of all global retail sales in 2019 from digital channels, primarily online ordering and mobile applications. In the U.S., Domino’s generates over 65% of sales via digital channels and has developed several innovative ordering platforms, including those developed for Google Home, Facebook Messenger, Apple Watch, Amazon Echo and Twitter – as well as Domino’s Hotspots®, an ordering platform featuring over 200,000 unique, non-traditional delivery locations. In June 2019, through an announced partnership with Nuro, Domino’s furthered its exploration and testing of autonomous pizza delivery. In late 2019, Domino’s opened the Domino’s Innovation Garage adjacent to its headquarters in Ann Arbor, Michigan to fuel continued technology and operational innovation – while also launching its GPS technology, allowing customers to follow the progress of the delivery driver from store to doorstep. In mid-2020, Domino’s launched a brand-new way to order contactless carryout nationwide via Domino’s Carside Delivery™, which customers can choose when placing a prepaid online order.