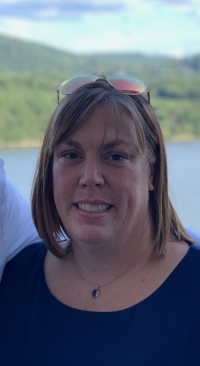 “I truly enjoyed working with this group of girls last year,” Stauffer said. “We had fun and learned a lot, even though it was a difficult season for the team. I believe the girls deserve some continuity in coaches and game play, so I thought it important to step into the head coaching role. I’m looking forward to continuing to show them what teamwork, effort, dedication and loyalty will do for the team in the long run. This is about more than just the game; it’s about making them better prepared for their next steps in life.”

Stauffer has two sons who attended VASJ. Jacob graduated in 2016 and is a 2020 graduate of West Point, while Adam graduated in 2018 and is currently attending Cleveland State University.

“We are looking forward to having Laura lead our women’s basketball program,” said Elvis Grbac ’88, VASJ athletic director. “She knows the game, she knows the young women on the team, and she knows how to teach, lead and develop them. We cannot wait to see the program grow under her guidance.”