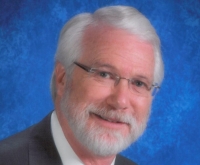 As a newly minted Student Council officer for the following school year, one of my duties was to update the block-letter sign in front of the school over the summer months. The idea was to promote summer activities — things like dances and athletic events.

But in the first week of June 1968, none of those things was on anyone’s mind. Bobby Kennedy had been shot, and nothing else really mattered. Only two months earlier, Martin Luther King was killed and the nation already was distraught. The day after King was murdered, I recall a fellow student crying as he spoke of his anguish to one of his teachers. He despaired that America would never change.

Now, 52 years later, as the school’s newly minted interim president, I’m charged with writing my first message to our alums and friends. Until the events that transpired in recent days, I fully expected I would be writing about our summer plans and preparations for the next school year. But there will be time enough to reflect on all that. The ongoing pain of the global pandemic and recent unrest across the nation have put life at our school in another perspective.

While there is danger in personalizing or even localizing experiences we all share, it occurs to me that the mission of our school is especially relevant and meaningful today. Villa Angela-St. Joseph High School stands as both a safe space and a beacon of hope in our community, a place of healing for students who are hurting, a place where lessons of tolerance, justice, peace and genuine concern for others are not only taught but practiced on a daily basis.

I’ve often encouraged my fellow students of the ’60s to come and visit the school so they can see for themselves the culture of family and friendship that permeates our classrooms and hallways. Our school culture came into full relief a few weeks ago when a young graduate produced a video containing messages of encouragement and support for one of her former classmates now facing health challenges. That one of the girls is black and the other white was of no consequence; the video is filled with heartfelt expressions from students, teachers and coaches who simply saw someone they love in need and wished to reach out and give her comfort.

Some schools, I have found, have difficulty articulating who they are and why they exist. We have no such difficulty here.

The essence of our school is seen in simple acts of love and kindness. Just as that teacher gave hope and comfort to his anguished student more than a half-century ago, our school remains now what it always has been at VA, St. Joe’s and VASJ: a safe harbor, a guide in troubled waters, a lighthouse on the lake.