News You Can Use From North East Shores Development Corporation

by Board of Directors Northeast Shores Development Corporation 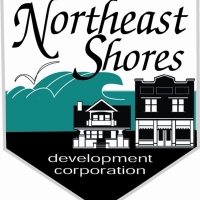 Without a doubt, the last few years - and especially this past summer - have been a whirlwind of rumors, conjecture - and questions - about the Northeast Shores Development Corporation, and its future.

Prior to the resignations of the former Board of Directors of NSDC, which took effect on October 31, three new Board members were elected for terms, which began on November 1, 2018, and the new Board elected one additional member. We are:

At our Annual Meeting on January 15, 2019, consisting of 2018 members in good standing approved the following:

After the balloting, the floor was opened to Q&A. Answers were:

Rest assured that this Board is working hard to resolve NSDC's affairs. We will, of course, report on our progress in doing so, as our work continues.

Meanwhile, we thank you for your patience, and support, as we go thru this process.