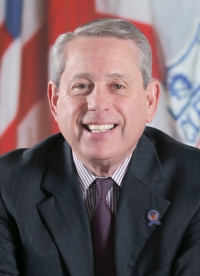 Since my last community update, a lot has transpired in the community.  First, I want to thank all the residents and visitors who have attended the Friday Night Concert Series at Euclid Beach Park. There has been a great turn-out and I hope it continues throughout the summer. I don’t have to tell anyone that having an eastside music venue was very important to our community and this councilman.  MetroParks had originally only planned for the Edgewater LIVE Series on Thursday nights on the westside and, I was insistent that there be an eastside venue as well. Euclid Beach fit the bill perfectly. Therefore, I want to thank MetroParks and continue to show them that they made the right decision and that our events are well attended and enjoyed by all. Don’t forget the concerts start at 6:00 PM every Friday evening until August 3. Hope to see you there.

One of the ongoing problems we have experiencing this early summer has been the issue with high grass and unattended properties.  If there is a home, vacant or occupied, or a vacant lot on your street where the grass hasn’t been cut, please call the Mayor’s Action Center at (216) 664-2900.  Part of the challenge we are facing city-wide is that the City implemented a 7-week grass cutting rotation. What that means is, if city crews cut the grass today at a vacant property they will not be back until seven weeks later (late July/early August).  I know you are thinking that this does not make any sense based on the fact that most of us cut our grass every week or every other week. However, that is the policy; I don’t agree with this but we all must live with it. If a property is occupied then the owner is cited by Environmental Health, if they still do not cut the grass then they are processed in Cleveland Housing Court.  On that note, I want to thank those adjacent neighbors who have taken it upon themselves to cut the grass on abandoned homes and lots next to them.  I cannot begin to tell you how that helps to make our community look better.

As I reported in June, Northeast Regional Sewer District (NEORSD) and the Division of Water Pollution Control (WPC) have been working diligently to address the ongoing basement flooding problems we have been experiencing during heavy downpours in the Lakeshore Boulevard corridor, East 185th Street area and beyond.  They are presently working on some potential solutions and we will know sometime soon as to when the new Lakeshore Boulevard sewer and the Euclid Creek Tunnel project will be put online. Let’s hope that NEORSD has worked out all the bugs and challenges they have experienced specifically with regard to the new pump house under construction in Bratenahl, which has severely impacted these projects.  Stay tuned for future updates.

Another major issue that I have been working very diligently on has been crime and public safety and how it impacts, not only our community, but the entire 5th District and beyond. As a result of what we had experienced in our community in 2017, with an uptick in violent crimes, I contacted US Marshall, Peter Elliott, of the Northern Ohio District, and laid out how that violent crime has affected our community and the families living in it.  As a result of that initial discussion, the U.S. Marshal brought to the table, along with this councilman, the Cuyahoga County Prosecutors Office, the FBI, the U.S. Attorney’s office, Ohio State Patrol, U.S. Marshal Service, Cleveland Police and other law enforcement agencies, who put together a game plan which blossomed into the “We-R-CLE 2018” operation. The plan was to go after individuals with outstanding felony warrants, sex offenders, street gangs, parole violators and anyone that was identified by law enforcement as being involved in violent street crime, including carjackings.

As a result of this initial action, which actually started in April,  300 arrests were made, primarily on Cleveland’s eastside and $271,000 in cash was seized along with 10 lbs. of heroin, 132 lbs. of cocaine, 100 grams of fentanyl, 4 lbs. of crystal meth and 1500 fentanyl pills.   In addition, numerous firearms were taken including assault rifles, tactical shot guns, long rifles and numerous semi-automatic pistols. To say the least, I was astonished as to what this coordinated effort brought about.  As shocking as the statistics are, it should only reinforce to all, what we are dealing with on our streets throughout Cuyahoga County.  According to the U.S. Marshal, this is only the beginning of this expanded and coordinated effort among law enforcement agencies and City and County government.  I wish to thank Pete Elliott personally, for sitting down with me and hearing me out in order to coordinate such a strategic approach for dealing with violent criminals. I look to working with him and his team in the future as we continue our own attack on violent criminals in the 5th District.

I am determined, through our Ward 8 “Misery Index” initiative, to make life absolutely miserable for anyone engaged in violent crime in our ward. That includes slum landlords, who can care less who they rent to, and their renters, who disrespect our community.

The neighborhoods in the city which are the safest are where neighbors look out for one another and where they are not afraid to call it as they see it.  The communities which are unsafe and crime ridden are where no one hears, sees, or says anything, and in many cases do not control their own children or grandchildren. I, like the majority of you, hope, choose not to live in a neighborhood like that. That is what people refer to as “the hood.”  I choose to live in a NEIGHHBORHOOD; that being Collinwood, where people care about one another.  Let’s set the tone and not accept the “hood” mentality.  I ask you to join me in making sure that “Collinwood” remains a viable and productive Neighborhood.

I am urging all residents to become more proactive than ever before. Please use this summer to pay more attention to your street and immediate area, if we all do our part we can continue to have a community with the lowest crime rate on the eastside.  I, nor the Police, can do this job alone; it is a partnership. By all of us working together, we can and will make our ward the best it can be.

I may always be reached in my office at (216) 664-4236 or via email at mpolensek@clevelandcitycouncil.org. Always leave your name and phone number so that, if I miss your call or email, I can get back to you.  I always prefer the old fashioned way.